The Automated Library Information and Management System was ceremonially launched by the  minister of Health  in 2014.

Link to the System

Koha is a web-based ILS, with a SQL database MariaDB or MySQL preferred) backend with cataloguing data stored in MARC and accessible via Z39.50 or SRU. The user interface is very configurable and adaptable and has been translated into many languages.[3] Koha has most of the features that would be expected in an ILS, including:

When we at the MRI Medical Library first began planning our transition to Koha in late 2013 after the workshop organised by WHO Sri Lanka. We were very excited about having the opportunity to have complete control over the look and feel of our Lib IMS. We had a goal of no less than complete customisation, and we ended up creating a whole new set of template for both the OPAC and the staff client with the support of Mr Harsha Balasooriya- Senior Assistant Librarian-Systems spending no cents for the Installation and customisation.

The structure of Koha pages comes from the templates. Templates contain all the HTML markup which gets sent to the browser. When Koha executes a Perl script for, say, the detail page of a particular book, the script grabs all the data it needs from the database and outputs the data according to the way the template is set up.

Customizing the templates isn’t difficult. They’re pretty much just HTML files with some template processing markup mixed in. But taking the template-customization path presents some serious difficulties down the road when it comes time to upgrade. Any changes that have been made to the standard set of templates has to also be made to the custom set. It can be done, but you need to have a lot of time to invest in the process.

Some historical events when the system is Implemented, Mr Harsha Balasooriya, the Senior Assistant Librarian( Systems) , Open University of Sri Lanka has come to the MRI to help us to implement this. Dr Anil Samaranayake , Acting Director MRI on 20th Jan 2014 experiencing the functionality of the System. 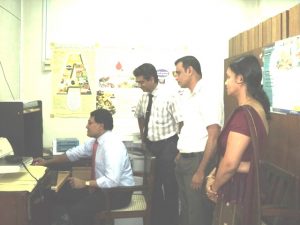 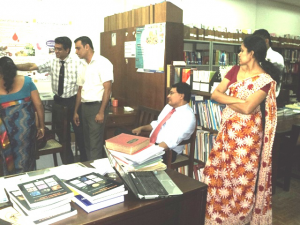 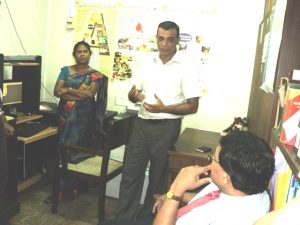 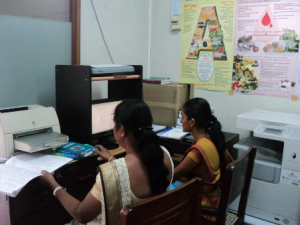 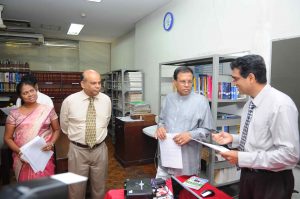 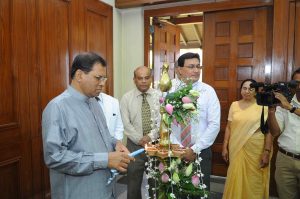 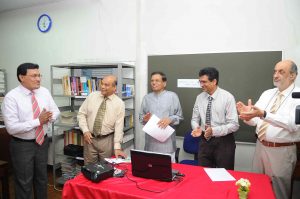 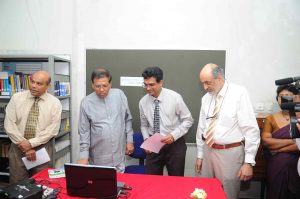 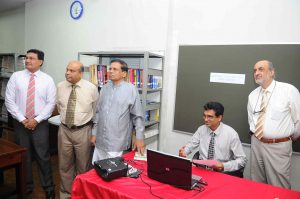 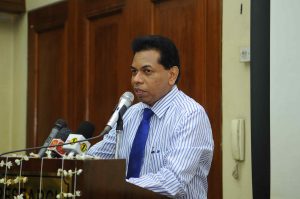